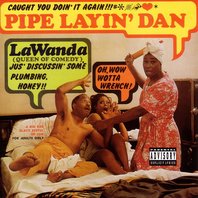 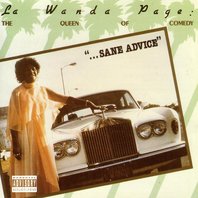 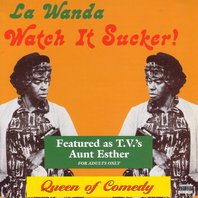 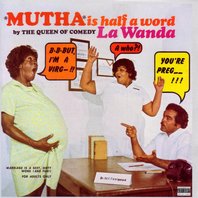 La Wanda Page – “MUTHA is half a word”

A comedienne turned actress who rose to fame as outspoken bible-thumper Aunt Ester in Redd Foxx’s hit sitcom Sanford and Son, LaWanda Page performed with such other famous contemporaries as Richard Pryor and Rudy Ray Moore before finding success on the small screen. A native of Cleveland who grew up in St. Louis, Page first hit the stage as an exotic dancer and chorus girl billed “the Bronze Goddess of Fire” (due to her penchant for playing with fire on-stage) before fully realizing her talents as a standup comic. Subsequently approached by Foxx to star in Sanford and Son, Page tickled television viewers’ funny bones with her memorable role as Foxx’s aggressively religious sister-in-law in the original series’ spin-off The Sanford Arms, and the 1980 revival Sanford. Throughout the 1980s and ’90s, Page crafted a feature-film career with minor roles in such comedies as Zapped! (1982), My Blue Heaven (1990), Friday (1995), and Don’t Be a Menace to South Central While Drinking Your Juice in the Hood (1996). Always retaining her fiery approach to comedy, Page also performed on-stage in productions of The Inquest of Sam Cooke and Take It to the Lord…Or Else. On September 14, 2002, LaWanda Page died from complications of diabetes in Los Angeles, CA. She was 81. ~ Jason Buchanan, All Movie Guide

Be the first to review “La Wanda Page – “Preach On Sister, Preach On!”” Cancel reply

La Wanda Page – “MUTHA is half a word”

Pablo Francisco “Knee to the Groin” Scroll to top