Renee Santos – “Outside the Box”

Revving with verve and theatrics, Renée Santos gives you a little bit of everything: funny voices, wordplay, musical comedy, rapturous storytelling. In her debut album, “Outside The Box”, she is a multidimensional, multi-talented, capital-e Entertainer. She endears through natural showmanship, genuineness and artistic integrity—swearing like a sailor and pulling no punches. She endures personal tragedy, like family drama, pregnancy and sobriety, through a liberal, lesbian lens, with nuance, passion, intelligence and forthright humor. The comedian has lived a full life and isn’t afraid to relay it in bold, proud, salty, vibrant, meticulous detail. Renée Santos is playful to the punch, sarcastic to the swerve, funny to the core and impactful to the soul.

In 2018, after decades of fighting against cultural attitudes, repressive political policies and violence, on the shoulders of trailblazing comedy legends, LGBTQ+ performers are having a moment, a moment Renée takes, a moment Renée makes her own. Renée Santos is on the vanguard of emergent new voices speaking truth to power by being true to life. Her down to earth stories and upbeat energy are equally accessible and defiant. Her comedy is powerful, not from fiery, overt, socio-political grandstanding, but because she doesn’t have to. Renée Santos’ power comes from purely being her talented, goofy, sharp and charming self. “Outside The Box” is a revolution, revelation, a nice gust of fresh air.

RENEE SANTOS burst onto the Stand Up comedy scene 6 years ago in her first National Television debut on Showtime Network’s “Pride Comedy Jam”.  The Network touts, “a hip and hilarious show with a great ensemble of up and coming diverse comics, including the witty anecdotes of Latina Lesbian comic Renee Santos.”   She has been a regular on the Los Angeles comedy scene performing consistently at local clubs, including the Comedy Store, The Laugh Factory, and the Hollywood Improv and in April of 2015 became a Bi-Coastal Comic earning residency at NYC’s New York Comedy Club. 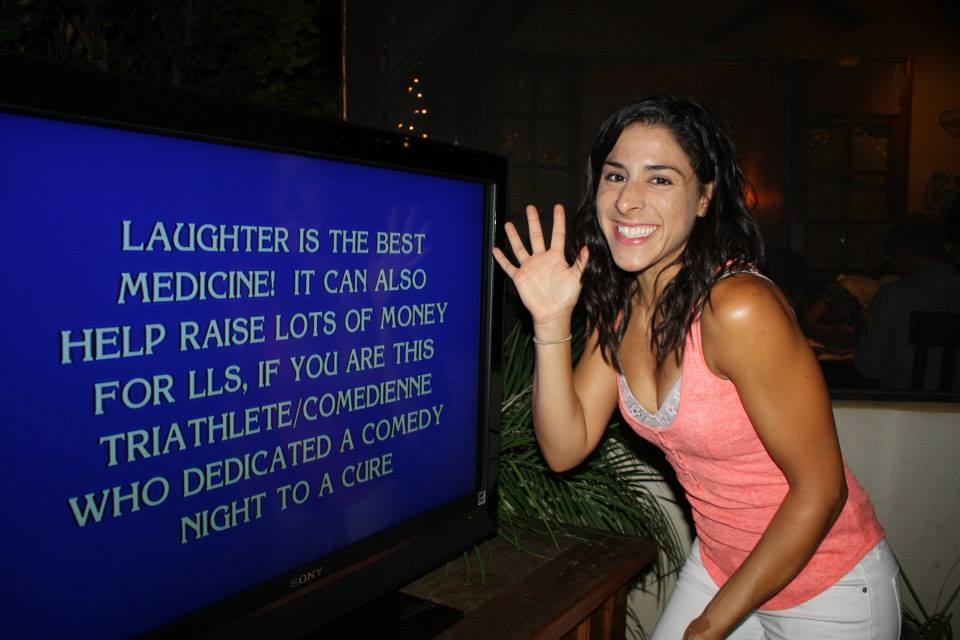 Although she has a natural funny bone, Santos has been working hard at her craft for several years both on stage and on-camera. Santos is no stranger to improvisation and sketch comedy writing either, beginning as an active member of Emerson College’s Comedy Sketch Group in Boston and most recently sharing her characterizations on the stages of the infamous Upright Citizens Brigade (UCB) in New York City. In June she graced Caroline’s Comedy Club Main Stage for David Letterman producer Barbara Gaines LPAC benefit. Currently, she is in pre-production for her first 1 Hour Network TV Stand-Up Comedy Special.

4 reviews for Renee Santos – “Outside the Box”

Dejan Tyler – “Get Rich or Diabetes” Scroll to top