“Any listener offended by his album (and there will be many) may be too sensitive for honest comedy…It’ll be up to Moses to decide if he wants to challenge his audiences to even more in the future (yes, do it); he’s already pushed the boundaries further than most comics. And he’s got that rare background that gives him the credibility to do so. But for now, On the Edge is an excellent debut release and is one true comedy fans should feel good about getting behind.” -January 20, 2013 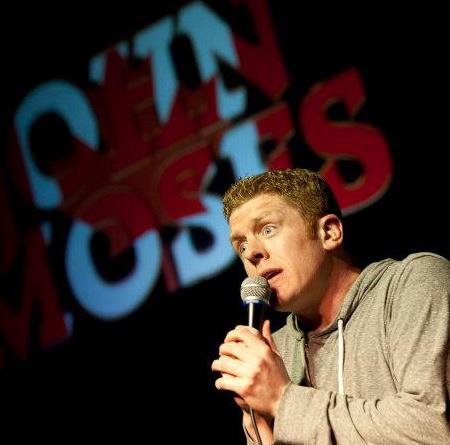 John’s comedy transcends racial and cultural barriers – appealing to black, white and brown audiences; the young and the old; upstanding citizens as well as the morally bankrupt.  John is an equal opportunity offender. With observations that are so on target they will make you laugh until it hurts, John is shrewd, raw and uncompromisingly funny.Comedian John Moses got his start delightfully offending audiences more than 10 years ago at the renowned Yuk Yuk’s comedy club in Toronto. Since then, John has brought his act on the road, performing at clubs and colleges throughout the United States, Canada and the U.K. He writes, produces, stars in and publishes his own short films. He is a fixture at world-class comedy festivals including The Great Canadian Laugh Off and The Boston Comedy Festival, and can be heard on Sirius XM Satellite Radio’s Raw Dog Comedy channel.