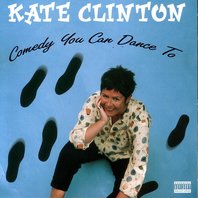 Kate Clinton – “Comedy You Can Dance To”

Kate has performed nationally since 1981 from Joe’s Pub in New York City to the Park West in Chicago to the Herbst Theater in San Francisco, and back to New York for several off-Broadway runs, with hundreds of comedy club dates in between. She has been featured at comedy festivals including CTBS Comedy Festival in Las Vegas, Just for Laughs in Montreal, the Toyota Comedy Festival in New York, and Marshall’s Women in Comedy Festival. She has come a long way from those first performances in Unitarian Church basements. She still prays to the Unit.

As an actress, humorist, panelist and host, Kate has worked with some of the great writers and performers of our time. Kate participated in a staged reading of Tony Kushner’s play, SLAVS at the Walter Kerr Theatre in New York. Kate was a panelist in a public discussion Satire in America and hosted an evening at The Kennedy Center when Richard Pryor received the first-ever Mark Twain Award. At New York’s 92nd St. Y she interviewed Calvin Trillin and Harry Shearer and took part in Leonard Lopate’s Politics is Funny Business.

Kate emceed the AMFAR Seasons of Hope event where awards were presented to Quincy Jones, Sharon Stone and Robin Williams. At Columbia University’s Graduate School of Journalism, she joined Dick Cavett, and Moderator Ted Koppel for the Alfred I. DuPont Forum Money, Humor & Spin in Election 2000 broadcast on PBS.

“Kate Clinton has held the mirror that reflects every single issue that has faced us for the last 25 years. We’ve laughed with her, we’ve cried with her, and we’ve been changed by her,” said Kate Kendell, Executive Director of the National Center for Lesbian Rights.