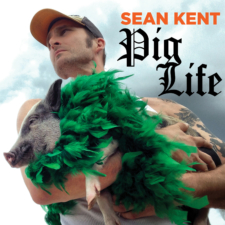 Sean Kent – “Waiting for the Rapture”

Critically acclaimed standup comic and winner of the prestigious San Francisco and Seattle International Comedy Competitions, Sean Kent has been praised as having “an urgency not seen in comedy since the likes of Bill Hicks.” The Austin, Texas native is currently performing his hard-hitting socio-political comedy to packed houses worldwide, and has appeared on NBC, CBS, E!, Comedy Central, Showtime, Fox Sports Net, VH1, and more. A two-time cancer survivor, Sean also works to raise awareness by speaking and performing at a variety of annual charity events including the Cancer for College Fundraiser with Will Farrell and the City of Hope Bone Marrow Transplant Reunion.

Sean Kent: Waiting for the Rapture

Sean Kent has lent his darkly slanted socio-political humor to the entertainment landscape, having appeared in shows and on networks ranging from Comedy Central, VH1, E Entertainment and CBS; NBC’s Last Comic Standing, and The Best Damn Sports Show Period on Fox Sports Net, just to name a few. His work ethic is insurmountable, continuing to write through two bouts of cancer, and speaking at various charity events to raise awareness.

And while he pulls no punches (only punch lines), Kent makes brilliant use of his brand of brutally honest commentary on Waiting for the Rapture (Uproar Entertainment).

A recent winner of the Seattle International Comedy Competition, its apropos that he chose the city for the recording of his album, as indicated by his opening his bit with, “There’s a reason I picked here, man, I like this city.” But then he immediately accuses them of lying (about how much it rains there, for example) to keep Californians from wanting to live there. Kent’s also on to Seattle native with their doom and gloom-type claims of “blood rain” and “demon rape,” he jokes.

That’s right. This album is not for the faint of heart—it’s raw and mean. But it’s also intelligent and honest. His attack on politics is indiscriminate, pointing out the inherent ridiculousness in blind liberalism and conservative zealots – Glenn Beck and Rush Limbaugh – alike.

Reviews for Sean’s  CD
“Waiting for the Rapture”

“… a jolt of hilarious though sometimes painful honesty. Tackling topics of 21st Century America, such as politics, Wal-Mart, hippies, recycling, Anderson Cooper and fundamentalist Christians. His appeal is to anyone who’s ever felt themselves an outcast, rebel, or dissatisfied with the world, while trying to figure out where it all went wrong.”
The Laugh Button

“Kent appeals to all ages, but he’s not afraid to rip on ’em on stage — he jumps from young people who don’t know their phones can make calls, to old, racist people who need to die already. Clearly he doesn’t give a shit. He makes this clear when he says onstage, “I don’t give a shit.”
-Dallas Observer

“… confident and comfortable, playfully bantering with the audience and making one lady laugh so hard that I thought she was going to pee her pants”
-Cinamablend

“…a no-holds-barred approach to comedy with a work ethic to match… brimming with irony and sarcasm he always keeps the bar high for his audiences.”
-The Sun News