“…a truly treasured ham.” – The Stranger

Recorded in front of a live audience at the The Comedy Underground in Seattle, Washington, this CD packs a hilarious, socially conscious brand of comedy that gets people both thinking and laughing. In his punchy, fast-moving act Hamil talks about sex, psychedelics, his “dog entourage,” marrying into secular Judaism, and what it means to feel trapped in one’s beard.

After dabbling in just about every creative outlet he could think of, Brett Hamil settled on stand-up nine years ago, and he’s been going hard at it ever since. A self-professed runt, Brett discovered early on that the strategic use of comedy could keep even the most diligent bully at bay. Son of a Southern preacher and a stay-at-home mom, Brett always felt an undercurrent of anti-authoritarianism, and continues to use comedy to channel his unabashed rage into wit that relates to the masses. 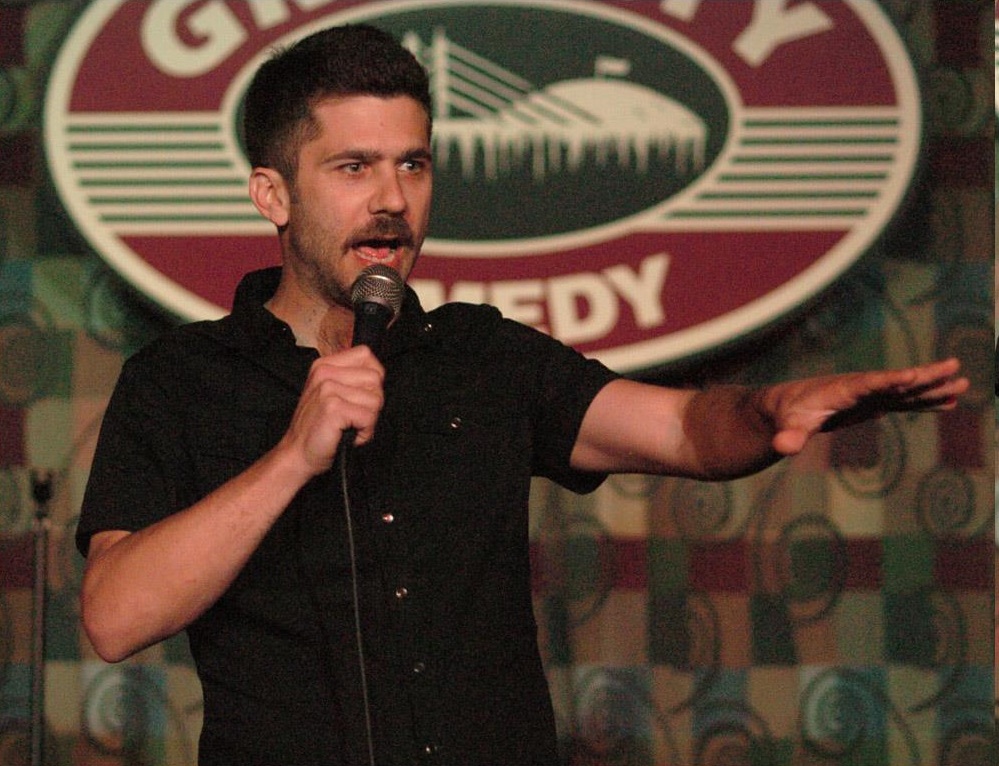 Brett honed his comedic voice in unorthodox venues in and around Seattle, Washington, as well as on tour all over the US and Canada. He has been featured at Bumbershoot Arts and Music Festival (Seattle), Bridgetown Comedy Festival (Portland) and the Northwest Comedy Fest (Vancouver). When he is not touring, Brett stays busy producing sketch videos which have received hundreds of thousands of views and appeared on websites like Upworthy and the Daily Dot.  His political commentary videos have earned him a local following and spun off into a semi-monthly talk show, The Seattle Process with Brett Hamil.  Brett has built a following as regular columnist and cartoonist for City Arts Magazine.  The Seattle Weekly said, “Hamil stands as the city’s premiere political comic.” The Stranger called him “a truly treasured ham.”

Be the first to review “Brett Hamil – “Grower”” Cancel reply

Nick Cobb – “Too Broke For Therapy”

Josh Adams – “Live From The Drop” Scroll to top