Paul Conyers “Above the Fray”

Paul Conyers is a tall drink of funny. He proves it time and time again in his debut album Above the Fray. At his core, Conyers is an incisive, charismatic everyman. He has an easy-going wit and casual gall. His insightful social commentary, his reach, and range are impressive. His laid back—often daring—style, is dynamic and exciting. Above the Fray is well-crafted and self-aggrandizing, audaciously charming with dry, false bravado. Conyers elevates while remaining down to earth. Above the Fray is head and shoulders above the norm.

“Punching down,” joking at a marginalized group’s expense, is hard to pull off. But it’s hard not to punch down when you’re 6’7” like Paul Conyers. Conyers’s primary target: short people. And, by Conyers’s definition, that’s anyone under “NBA player height.” If you’re shorter than LeBron James, prepare to get dunked on. Paul Conyers needles anyone average-sized shorter than him, which is basically everyone, and does so with a blustering starkness unseen since Randy Newman. But don’t worry. It’s all in good fun. Above the Fray is highly entertaining, regardless of your stature. 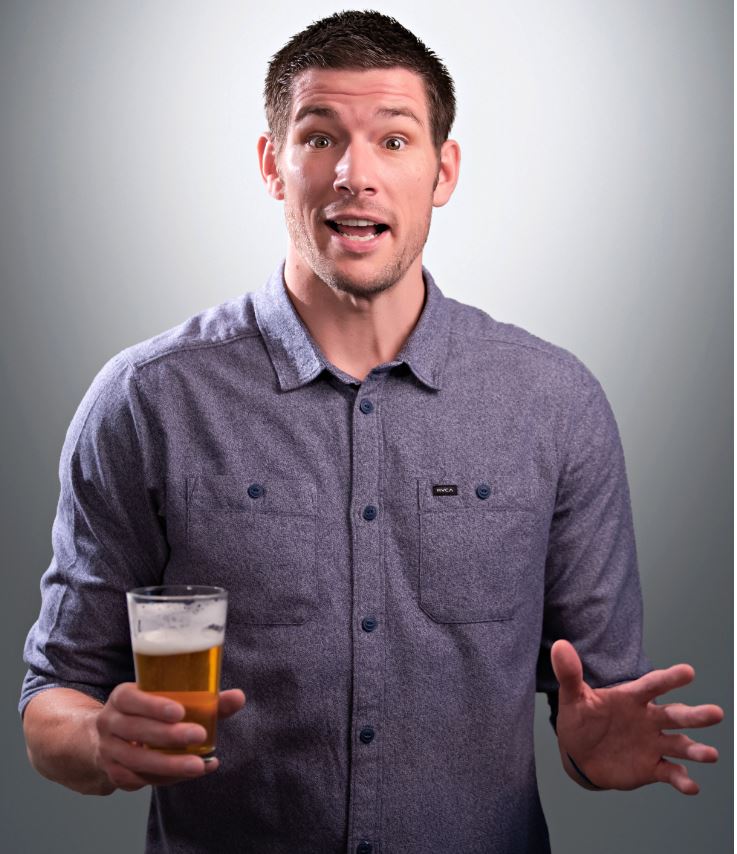 This puts Conyers at odds with Napoleon-complex catfishers, obnoxious strangers with basketball career advice, and any number of people that embody the undercurrent of nonsense height influences. The ways being tall (or short) matters, especially regarding assumptions and hypocrisies, border on absurdity. It’s a mess, a fight, ripe fodder for hilarity. And Paul Conyers isn’t afraid to throw playful jabs.

While crossing every line imaginable, fearlessly sarcastic about every group and subject, Paul Conyers maintains an incredible level of balance. He’s confident, not cocky. He’s bombastic, not smug. He’s cool but self-aware. He’s smart but not alienating. His jokes—boastful, brilliant, and boundless—present a level playing field. Height doesn’t matter when you’re on stage or laughing in the audience. And, with that truth, Paul is the perfect, likable smart ass.

Anthony Davis “Eat Around It” Scroll to top