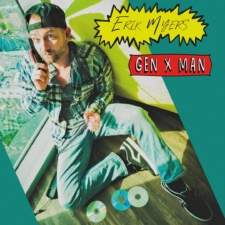 Erik Myers is an energetic comedian who has been wooing audiences with his contagious laugh, rapid-fire delivery, and relatable anecdotes about everything from sobriety to dandruff to bad jobs for over 13 years–think Rodney Dangerfield meets Sam Kinison. As a second grader, growing up in Columbia, MD, Erik stumbled across the talent that he would eventually propel into a career. Performing an impromptu stand-up routine during show and tell, he and a stuffed animal basked in the lime-light of his classroom, and a star was born!Influenced by Saturday Night Live, as well as comedians such as Bill Hicks, Eddie Murphy, Adam Sandler, Jim Carrey, Sam Kinison, and Chris Farley, Myers groomed himself into a masterful entertainer, and at the age of 18 officially launched his comedy career at Winchester’s Pub in Baltimore, MD. Since then, Myers has left a trail of laughter across 35 American states, and has had the pleasure of opening for comedians Daniel Tosh and Louis CK, as well as his heroes, Mitch Hedberg and Pablo Francisco. 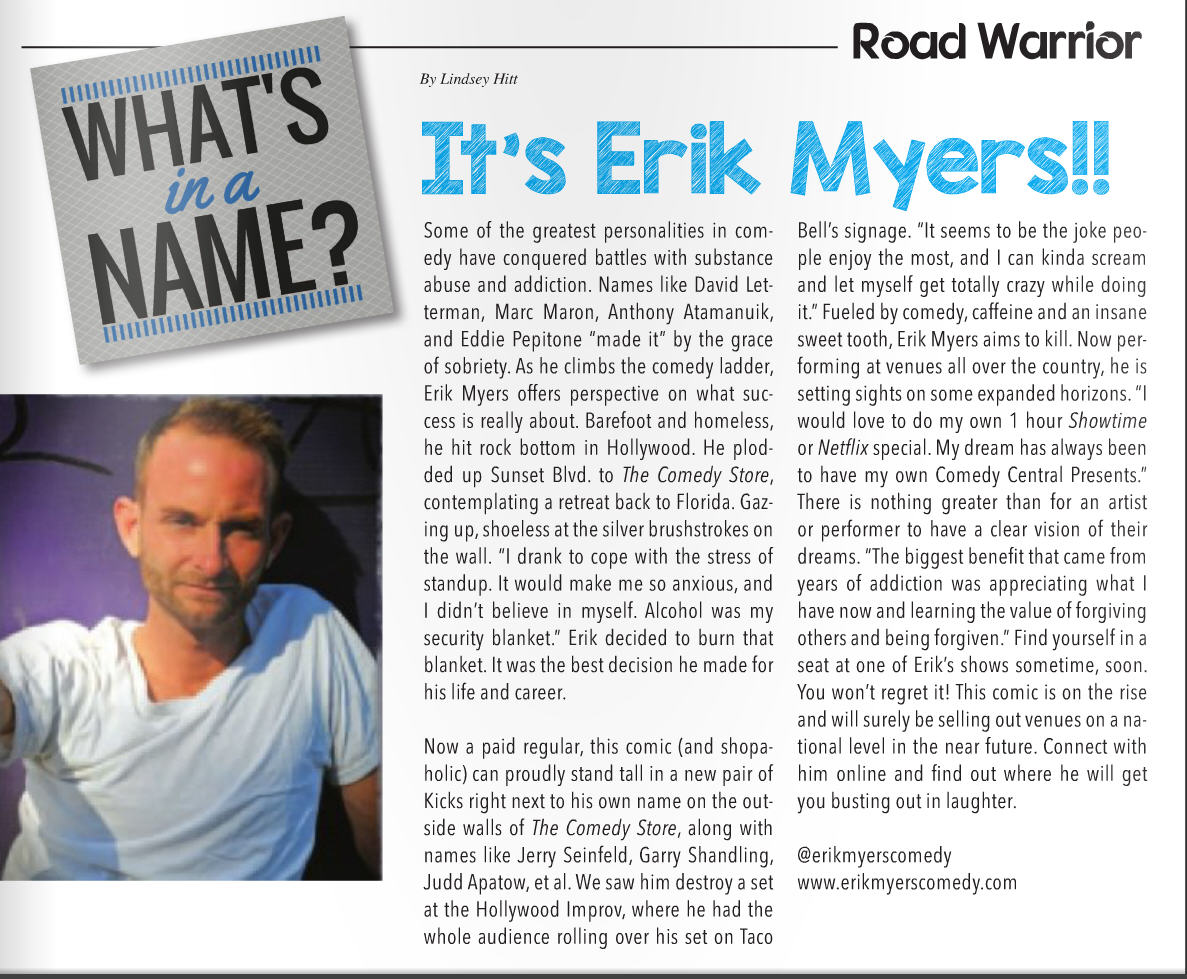 Over the course of his career, Myers has won multiple comedy titles, including the 2005 Funniest Person in Baltimore, 2nd Runner Up in the 2006 Funniest Comedian in DC, and the 2012 Florida’s Funniest Comedian. He also recently filmed his first TV appearance for AXS TV in Gotham Comedy Live, and released DopelessRomantic, his first hour long special on Hulu.