Comedy that reflects his soul

Recorded live at The Comedy Underground in Seattle, WA “Consequences & Repercussions” immediately exhibits why Jamal Doman is called “a comedian’s comedian” by his peers. He refers to his unique style of comedy as “sophisticated ghetto.” Jamal says, “My comedy is much like my personality, I’m from the hood, but I have some sophistication to me.”

A Philadelphia native, he was born into a family where comedy reigned supreme. His parents, who Jamal credits for their unconditional support of his comedic endeavors, were huge fans of Richard Pryor, Eddie Murphy, and Robert Klein. After his first encounter with Murphy’s “Raw,” Jamal was compelled to give his own stand-up chops a try, entered a talent show, and has been moving full speed ahead ever since. 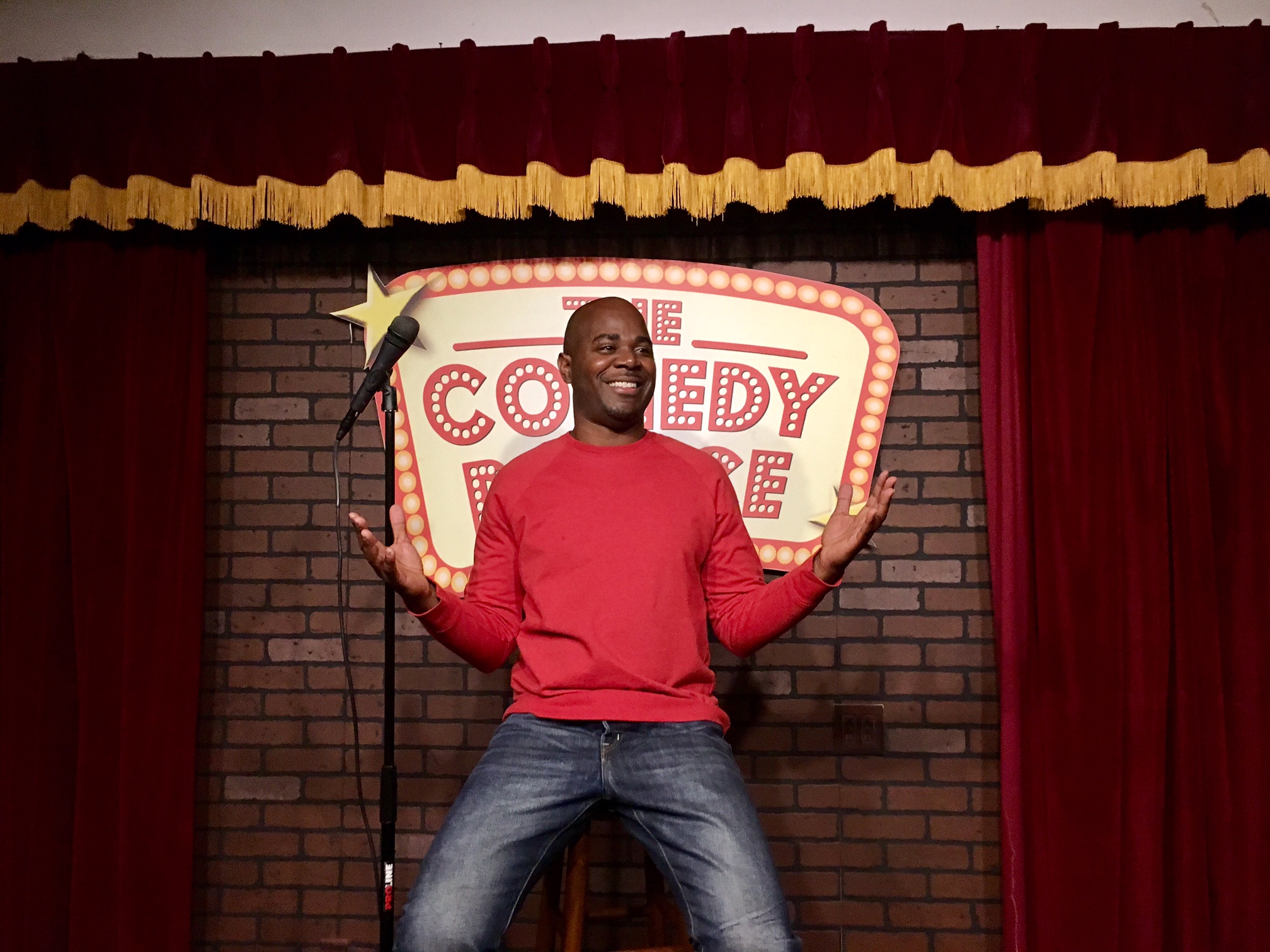 In 1998, Jamal made the move to Los Angeles where he quickly became an industry favorite. Shortly after his arrival in Hollywood, Jamal began making appearances on stand-up comedy TV shows including “Comics Unleashed,” “BET Comicview,” “Martin Lawrence 1st Amendment,” “Latino Laugh Festival,” “Showtime At The Apollo,” “Who Wants To Date A Comedian,” and “Comedy Central Laff Riots.” Not content with conquering the stage and TV, Jamal set his sights on both film and the internet. Over the course of his career he starred in the films “REPOS,” “The Greatest Song,” and “STREETS.” He has also solidified his reputation as an “internet sensation” with his videos amassing thousands of views, and his “JUICY T.-Certified Pimp” webisodes which are now popular classics.

Jamal is a US military favorite, having performed for our troops in Guam, South Korea, Iceland, Japan, Afghanistan, Kuwait, and Iraq. Jamal says, “Performing for the troops is one of the joys of being in this business.”  Jamal’s future is only getting brighter. With almost three decades in the game, the best is yet to come for Jamal Doman.