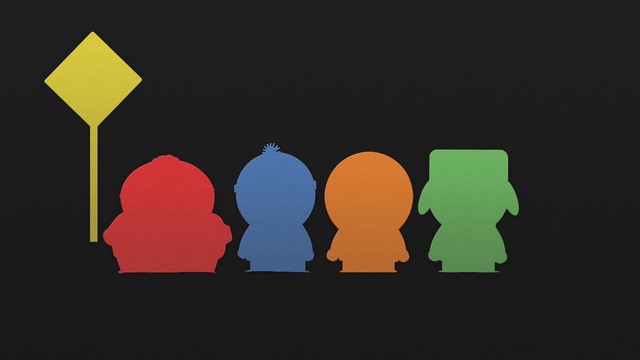 Long gone are the days of sitting around the tube watching feel good comedies like The Beverly Hillbillies, Sanford and Son, Cheers, and the ground-breaking series, Seinfeld. Not only is South Park funnier than any of these half-hour shows that used to temporarily interrupt the banality of our real world problems with a half-hour escape into theirs, but they take a completely different approach. With South Park, there is no escape. Instead, they use smart, uncomfortable satire to rub our faces in the messiness of our world. Whether the ugly is in the form of uber feminists, delusional politicians, insufferable celebrities, idiot contradictions in our culture, the ultra-pious, or our nation’s addiction to fast food, South Park forces us to take an unflinching look at ridiculousness in all it s glory.

Yes, we are late, but like Season 20 of South Park, we won’t disappoint! When it comes to topics and #trends in the #comedy world, we want to always provide you with a bit of variety. After listening to the new Jen murphy’s comedy cd, I cozied up with Hulu and settled in for a binge-helping of raunchy, vulgar, deliciousness that we have all come to know and love from this South Park series.

In the premier episode, “Member Berries,” South Park uses a “douche” and a “turd sandwich” to poke fun at our 2016 presidential election and candidates. Creators Trey Parker and Matt Stone go on to tackle the National Anthem, Caitlyn Jenner, female comics, the Black Lives Matter movement via Cartman’s “Token’s Life Matters” shirt (referring to Token, an African American child in the series), and more in a way only South Park can. The majority of the episode centered around commentary on NFL player Colin Kaepernick’s protest of the national anthem, “Star Wars,” and, more importantly, movie reboots.

I don’t want to spoil the episode, “Member Berries,” for anyone who hasn’t caught up, so I won’t go into details, but instead leave you with this…

For the casual observer, South Park may just be a raunchy cartoon featuring insolent children, ridiculous scenarios and characters, but the truth is that South Park is more informative and educational than all the Sesame Street and Dora the Explorer episodes that have ever and will ever air on PBS or Nickelodeon combined. Yes, I just called South Park educational. Where else can we learn real media literacy, how to identify and spot phony philosophizing, moral panics, and self-interested crusades a mile away, all while getting a much needed belly laugh and look in the mirror?

Turning away from real world issues and chowing down on the loads of biased information we are fed on a daily basis is insufferable at best. Kyle, Stan, Kenny, Cartman and the other residents of the show’s fictional Colorado town are more than just characters on a cartoon. In its own way, South Park guides us through our society’s bullshit without making an attempt to cover up the stench.