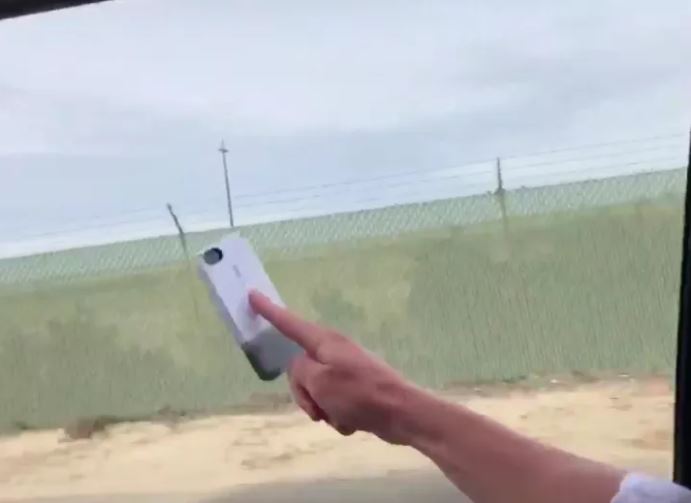 The three friends Jeremy Wiegman, Kyle Hoglund, and Jackson Roeder might have started a new game
trend called ‘’doggin’ it’’. It all started recently when Jeremy tweeted a video compilation of the three
friends trying to balance things on their fingers outside of the car window while the car was moving. The
video has been seen by people across the world and so far, it has almost 50,000 retweets. Well, it turns
out the three friends weren’t the only people ‘’doggin’ it’’. After posting the video, they received replies
from people trying out the game themselves.

So, where this did idea come from? well, Jeremy mentioned that it all started one day when the three
friends were riding on the freeway. They started out balancing coins on their fingers outside of the
window and he mentioned that it quickly turned into a contest where they would see who could balance
the most coins and who could go for the longest. Not long after, the coins got replaced by more difficult
objects such as crackers, sandals, burgers, and even iPhones.

Despite the fact that the game started out with coins, it was the balancing of the iPhone that really set
people off online. Jeremy mentioned that many of the individuals who replied to the video seemed to
have a spike in anxiety when they saw the iPhone being balanced outside of the car window. Despite a
few successful attempts balancing the iPhones outside of the window, one attempt wasn’t; Kyle’s
iPhone did not make it, and his phone was broken into three pieces when the friends went back to pick
it up after he dropped it out of the window.

The friends mention that most of the responses to the video have been positive, except for a few
accounts that called them out for littering. However, the friends say they went back to pick everything
up that they dropped out of the car, with the exception of a burger.